What does it mean to be a company with carbon reduction commitments? 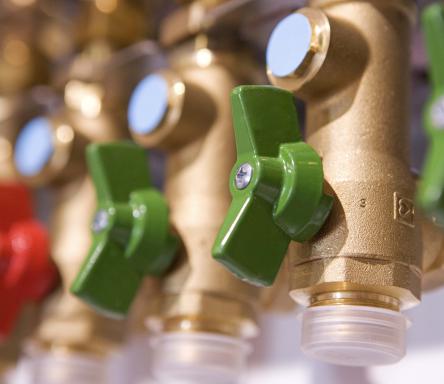 In April the National Trust announced that it would be committing to generating half of the energy use for its properties through renewable sources such as biomass boilers and heat pumps for heating and solar photovoltaic and water turbines for power; a move that is forecast to cost up to £35 million.

A month after the National Trust’s announcement, BT publicised its new deal with npower which will see the telecoms company secure 100% of its electrical requirements through renewable energy. With wind turbines being the main contributor to their renewable power, it is estimated that it will cut the company’s UK carbon footprint by one million tonnes per year.

Just last week Marks & Spencer department stores unveiled that they had already met 139 of their 180 carbon reduction commitments for 2015 and another 35 on plan.

With such huge UK businesses with an international reach so publicly heightening their efforts to meet carbon reduction targets, it must surely influence other companies to follow suit?

The Government’s Department of Energy and Climate Change (DECC) publishes a very interesting UK Renewable Energy Roadmap which highlights what actions the government is taking to reach its decarbonisation commitments. It also gives a great insight into the cost of implementing many of the changes, how jobs are being created through the expanding renewables industry, case studies and deployment pipelines of various technologies.

On the other hand, the House of Commons recently voted NOT to implement an amendment to the Energy Bill which would have meant electricity generators would have been required to reduce their carbon production to nearly zero by 2030 through carbon capture, carbon storage and nuclear power.

So although the Government is encouraging the growth of renewable energy generation, it appears that it is not as dedicated yet to taking on the large fossil-fuel based energy providers.

There are a multitude of websites out there giving advice to businesses on how to implement carbon reducing actions, whether your company is big or small it can be done. We at Rural Energy do our best to minimise our own carbon footprint and be environmentally responsible. Our head office is based at a site where the heating is supplied by a biomass boiler (one of our Herz boilers actually), we recycle cardboard, paper and plastics wherever possible and only print what we need to in order to save paper and ink.